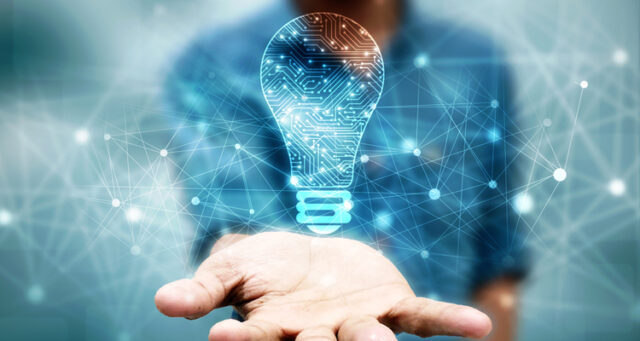 Despite being a small company, Fluicell has already positioned itself as a pioneer in the field of single-cell investigations by developing innovative technologies. To reach such heights, the company’s products are based on advanced microfluidic technology, allowing for the precise control of fluids within a biomedical research setting. To learn more about this technology and how Fluicell has leveraged it in its product development, BioStock reached out to the company’s co-founder and CTO Gavin Jeffries.

Fluicell is a Swedish biotech company that has taken up the challenge of helping researchers optimize their R&D capabilities by offering innovative products based on microfluidics, targeting single cell approaches. Their products empower researchers to investigate biological systems from its smallest units. With their recent introduction of Biopixlar, an innovative microfluidic bioprinter, Fluicell is additionally enabling the creation of detailed in vitro organ and tissue models with increased biological relevance, leading the way towards better experimental research models within the life science sector.

Fluicell was founded in 2012 by Dr Gavin Jeffries, now CTO of the company, Dr Alar Ainla, and Professor Aldo Jesorka as a spinoff from Chalmers University of Technology. Now, barely 8 years later, the company is considered a pioneer in the single-cell field (read more here) thanks to its innovative prowess and strong commitment toward empowering researchers.

It all began with the development of the BioPen, the first localised single-cell liquid delivery tool for the life science sector, which is currently being used by leading universities and national health laboratories around the world. From there, the company’s product portfolio has expanded to three products, including the Dynaflow Resolve system, considered by many to be the best secondary ion channel screening platform on the market, and Biopixlar, a unique high-resolution 3D single-cell bioprinting platform.

Biozone 6 to launch early next year

Recently, Fluicell announced it would soon release its fourth platform product, Biozone 6. This product, developed in connection with Hoffmann-La Roche, has been tailored to meet the demand for research tools within single-cell pharmacology, focussing on expanded solution delivery, with efficiency and speed.

The concept behind Biozone 6 is to make it easier to expose individual cells with up to six different kinds of drugs or six different doses of a single drug in one experiment. This will enable acquisition of important pharmacological data in a simple and flexible manner, with potential application in, e.g., drug development, safety pharmacology and cell biology research.

»Fluicell is committed to addressing customer needs and to develop platforms to empower new discoveries. Biozone 6 has the flexibility of the Biopen, with the solution versatility typically requiring the Dynaflow. It offers the ability to control the liquid zone surround a cell, with up to 6 different solutions, either different compounds or concentrations. This was developed to address a specific need within the research sector, to enable dose response curves to be investigated in-place on intact adherent cells« — Gavin Jeffries, CTO Fluicell

Microfluidic technology behind the innovation

Like the other products in Fluicell’s expanding line-up, Biozone 6 has its roots in advanced microfluidic technology adapted for single-cell biology. In simple terms, this technology allows liquids to behave more like solids, thus giving scientists the ability to manipulate very small volumes of fluids more easily and with pin-point precision. This phenomenon can be applied to create unique and easy to use biomedical research products all while reducing sample consumption, waste, and costs.

When the concept of microfluidics first emerged in the 1950s, it helped spur the creation of ink-jet printers. When the concept took its first steps into the life science sector in the 70’s and 80’s, it was heralded as a gamechanger within the biomedical research community right away. However, it took some time before the technology could take off as originally expected.

Since then, microfluidic technology has played a big role in several biomedical applications, including, for example, the development of DNA or protein microarray chips used for molecular analysis. Soon after, microfluidics was introduced to cell culture, where devices and techniques for culturing, maintaining, analyzing, and experimenting with cells at the microscale were developed.

Now, as exemplified by Fluicell’s products, microfluidic technology has helped bring about a sort of revolution within the single-cell space. The concept that cells should best be studied at the individual level, without being removed from their natural environment, is the foundation for Fluicell’s work. The company has adopted the control conveyed by microfluidics, to manipulate cellular microenvironments, establishing conditions similar to what would be seen in their native environment, directing towards more native cellular responses.

BioStock got in touch with Fluicell’s CTO Gavin Jeffries to discuss the importance of microfluidics within the single-cell field and how the technology helps bring Fluicell’s products to life.

Gavin Jeffries, could you begin by giving us a simple and concise description of microfluidics and how it works within a biomedical setting?

– Simply put, microfluidics is the control of fluids at short length scales. Within biological research, this means the control and manipulation of liquid at the same size scale of an individual cell.

How was Fluicell able to harness this technology and develop such a strong product portfolio as quickly as it has?

– We were founded on an ideal – to transfer the power of liquid handling at the small scale to the field of greatest need and impact, biological investigation. Microfluidics allows us to work behind the scenes, embedding capabilities and functionalities, without the need of the user to understand the finer details of the fluid physics. We began from an excellent core of 3 from Chalmers, with the continued support and guidance from Owe Orwar, a well-respected research and innovation leader within Biophysics and Pharmacology.

Fluicell is considered a pioneer in the single-cell space. How does the company separate itself from other companies that use microfluidics within life science research?

– At Fluicell we really focus on controlling liquids at the individual cell level. This is achieved using precision flow control to manipulate liquids at the location of interest. Our general approach is to develop free standing microfluidic devices, meaning they can be readily positioned to any sample of interest. In a way it is similar to holding a pen, where the compounds are the ink. By controlling the pen, we can precisely control the location of where we put the ink, down to the level of an individual cell.

You recently announced the coming launch of a new product: Biozone 6. What is the promise of this product and how does it fit into Fluicell’s current lineup of products?

– Fluicell is committed to addressing customer needs and to develop platforms to empower new discoveries. Biozone 6 has the flexibility of the Biopen, with the solution versatility typically requiring the Dynaflow. It offers the ability to control the liquid zone surround a cell, with up to 6 different solutions, either different compounds or concentrations. This was developed to address a specific need within the research sector, to enable dose response curves to be investigated in-place on intact adherent cells.

With technological innovation within R&D and drug discovery moving so rapidly, is it challenging to keep up with the market’s demands, and, if so, how does Fluicell do it?

– Biomedical research as a whole is very fast moving, with both innovation and knowledge driven activities advancing towards making our lives better. At Fluicell we harbour strong relationships with all our clients, both with in industry and academia, and with this we build confidence and connections to facilitate and address upcoming and future needs.

Finally, would you say we have reached a peak in the potential for microfluidic technology, or are we still in early stages and the best is yet to come?

– We are still only at the beginning, and its utility will most probably penetrate many new and upcoming fields. One such field is that of personalised or stratified medicine, which focussing on tailored solutions for individuals or groups. Movements in these areas require faster solutions, analysing greater numbers of factors and requiring the use of smaller samples. All these needs point to a broader implementation of microfluidics within the discovery sciences. 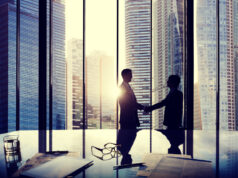 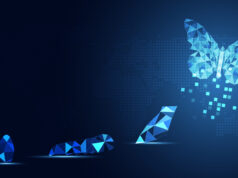 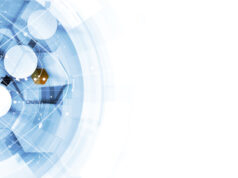