Home Interviews Eventful 2020 on many levels for Chordate Medical 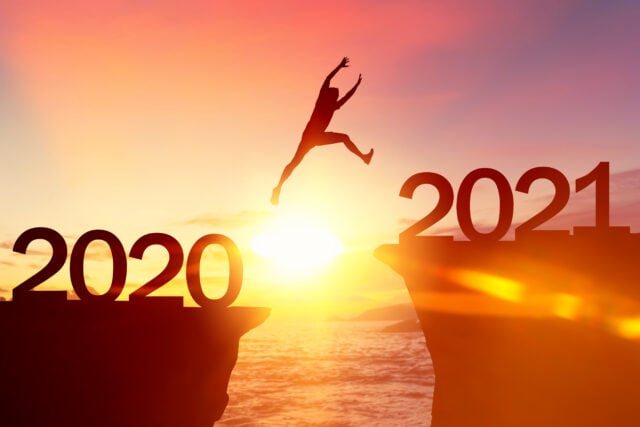 The year is coming to an end, and it is time to look back at what has been an intense 2020 for Chordate Medical. Despite encountering some setbacks, the company has made significant progress in its rhinitis and migraine projects. BioStock has contacted Chordate Medical’s CEO, Anders Weilandt, to hear what he has to say about the past year and the plans for 2021.

Chordate Medical has developed the method Kinetic Oscillation Stimulation (K.O.S), which is sold as a treatment for chronic nasal congestion (rhinitis). K.O.S is currently also being evaluated as a treatment for migraine in a clinical study in Germany and Finland.

The year got off to a good start with a successful directed share issue that added SEK 7.4 million to the company. The motive for the directed issue was to broaden the base of major shareholders and increase capital in order to complete the company’s indication expansion to include migraine as an indication.

According to Chordate Medical’s CEO, Anders Weilandt, it is especially worth noting that representatives from PO-MEDICA, Chordates Medical’s Nordic distributor, chose to participate in the directed share issue:

»Together with several well-known investors, it should be mentioned that representatives of our new Nordic distributor have chosen to subscribe for a significant share of this issue. For us, it is an important signal of long-term commitment and trust in our common market project« – Anders Weilandt, CEO Chordate Medical

Patent notice in USA and publication in May

In May, a scientific article from the University of Amsterdam presented a per-protocol analysis of a study from 2014 with Chordates Medical’s rhinitis treatment. The results of the new analysis showed that the effect of K.O.S treatment was significantly better than placebo. In addition, it could be seen that the patients who stopped with decongestant nasal spray and who were treated with K.O.S showed further significant improvement in their nasal congestion.

Paused studies due to Covid-19

At the start of the Covid-19 pandemic, Chordate Medical announced that both the migraine study and the rhinitis study had to be suspended, as many other clinical trials around the world. This decision was made so that the healthcare system could redeploy its resources and so that patients would avoid unnecessary visits to the healthcare system.

The migraine study is underway again

Chordate Medical’s migraine study was completely paused in Finland from March to October. Then they were given the go-ahead from the Finnish clinics to resume patient recruitment again thanks to the introduction of a rapid test for Covid-19.

According to the company, this means that the last patient can be completed in the migraine study during the first quarter of 2021. A potentially positive study outcome enables a CE marking with chronic migraine as an indication, which the company believes can happen in about a year.

The rhinitis study got terminated

During the autumn, results from an interim analysis of the rhinitis study were presented. The conclusion of the interim analysis was that the study result will probably not be conclusive and therefore Chordate Medical chose to suspend recruitment to the study.

However, this decision has not significantly affected Chordate Medical, especially since the company’s product is already CE marked with rhinitis as an indication. Sales of K.O.S as a treatment for rhinitis will continue as usual, and the ongoing migraine study are not affected by the decision to discontinue the rhinitis study.

The next generation of K.O.S has been developed

During 2020, the company has developed the next generation of the control unit and disposable catheter used in the K.O.S treatment. The goal of the development project was to produce a more efficient product, reduce the transport volume and reduce the production cost with 50 per cent, which they succeeded in achieving.

The year also ended with good news when Chordate Medical announced in November that the company’s distributor in Saudi Arabia had received a reimbursement code for insurance payment for the K.O.S treatment. The reimbursement code makes it possible for patients’ insurance to cover the costs of Chordate Medical’s treatment on certain private hospitals.

Subsequently, Saudi Ministry of Health has decided to do a formal trial with Chordate Medical’s K.O.S treatment in public hospitals. This opens up the possibility of entering the large publicly owned hospital market in Saudi Arabia. Thus, Anders Weilandt believes that sales in Saudi Arabia will pick up speed in 2021:

»I now consider it likely that we will see a significant increase in sales within the Saudi market next year.«

BioStock has contacted Anders Weilandt to find out more about the year that has passed and the plans for 2021.

Anders, a lot has certainly happened for Chordate Medical in 2020. What do you think are the most important events during the year?

– On the positive side, it is partly the scientific article from the University of Amsterdam that showed that the results from our previous rhinitis study were clearly positive when clearing out patients who should not have been included in the study. Furthermore, a good support from our shareowners in three share issues has given us a much longer planning horizon. And finally, we have had a breakthrough for sales in Saudi Arabia that became possible after we finally got access to insurance compensation for our treatment.

– Of course, the impact of the pandemic is worrying. We have had to get used to waiting – both in the sales work and in the clinical studies. Finally, we wish the rhinitis study had worked better. It will have no effect on our sales in the next few years, but in the long run it forces us to rethink.

Which markets is K.O.S currently sold on and which of the markets do you have the highest expectations for in 2021?

– Right now, Saudi Arabia is most active as Italy is more or less blocked by the pandemic. We had come a long way in Italy before Covid-19, so I think it will continue strongly when the pandemic is over. But Saudi Arabia also has the potential to generate visible results next year.

In September, Chordate Medical completed a rights issue and a directed share issue, which in total provided the company with approximately SEK 30 million before issue costs. Do you think that your working capital is sufficient for what is to come in 2021?

»Based on data from the migraine study, we hope to be able to obtain a CE mark in late 2021«

What milestones do you hope Chordate Medical will achieve in 2021?