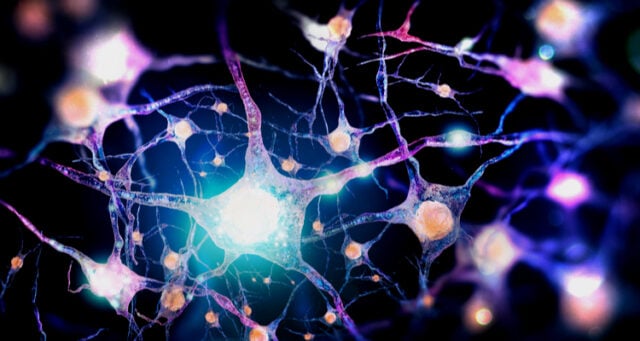 Neurodegenerative diseases are a rapidly growing concern with an increasingly aging population. Decades of research have made it possible to generate neuronal cell cultures in a lab to study their behaviour in disease or injury models or for drug testing. However, these man-made cells lack the complexity of neural tissue to appropriately replicate natural behaviour inside the human body. Gel-free bioprinting has the capacity to address this issue, and Biopixar, Fluicell’s 3-D bioprinter, has shown that direct printing of neurons is possible, which is an important step to create better research models and applications in precision medicine.

Alzheimer’s disease (AD), Parkinson’s disease (PD), Huntington’s disease (HD), Amyotrophic Lateral Sclerosis (ALS) – these are some of the most common and most devastating neurodegenerative diseases or Central Nervous System (CNS) disorders. Today, we hear more about them because their incidence, especially that of AD and PD, is quickly rising due to an aging population. Very few treatments exist, and those that do only temporarily alleviate some of the worst symptoms.

Most of these diseases are progressive, meaning that symptoms get worse over time, leading to a shortened life expectancy, enormous emotional pain to the patients and their loved ones, and to a huge rise in healthcare costs. Such CNS disorders are characterised by the loss of function, and eventual death, of neurons – cells of the brain and the spinal cord. Unlike most of the cells in our body, neurons seldom regenerate once injured. This makes neurodegenerative diseases or brain and spinal cord injuries extremely challenging to treat, much less cure.

Today, scientists have to rely on solid research models for understanding these diseases and to learn more about the underlying biological processes behind them in order to develop new treatments. Unfortunately, the standard available in vitro models lack the detailed arrangement of cells required to sufficiently replicate the complexity of human biological systems that is required in order to better understand these diseases.

This lack creates significant time and cost burdens in drug discovery and development, especially when developing treatments for neurodegenerative diseases or CNS injuries that lead to chronic pain and/or the complete paralysation of certain body parts. The complex nature of nervous system tissue, which relies on a unique network of biological mechanisms to function properly, creates an impasse for current experimental models, which are unable to reproduce the full biological context of such diseases or injuries. Therefore, in order to model complex neural structures like, e.g. neuronal pathways, there needs to be precise positional control of the neural cells and of the microenvironment complexity.

The rise of gel-free bioprinting as an alternative

For some time, 3D cell cultures and bioprinting techniques have been regarded as alternatives that could provide some of the structural complexity that is missing in conventional in vitro model. Bioprinters are R&D tools that can create 3D representations of specific tissue types by printing cells and/or biomaterials to create structures that mimic the natural around the cells. This means that human-like tissues can be replicated and used for studying the cell-cell interactions that occur in different diseases and when presented with different compounds, including pharmaceutical drugs.

However, many bioprinting techniques still suffer from several drawbacks that prevent them from being used to model neurobiological systems. This includes a lack of control of cell positioning and a reduced cell viability caused by mechanical stress from bioprinting using bioink materials.

One company at the forefront of bioprinting technology is Fluicell. The Swedish biotech company, considered a pioneer in single-cell technology, specialises in developing microfluidic research tools for biological processes ranging across a wide spectrum of systems ranging from individual cells to tissues. One of Fluicell’s products based on this concept is Biopixlar, a high-resolution 3D single-cell bioprinting platform. This technology addresses both the lack of complexity of in vitro cell cultures and the drawbacks associated with conventional bioprinting by printing cells directly without using any bioink. This not only provides a better avenue for disease, but it also provides for the potential replacement of animal testing in medical research. Read more about that here.

Until now, bioprinting has already made a significant impact as a research tool for disease modelling. However, the technology still has had very few breakthroughs in the field of neuroscience. A significant breakthrough was made this week when Fluicell announced the publication of a research article in Scientific Reports, showing how Biopixlar was applied for printing primary rat neurons. The neurons remained viable and were able to form networks, guided by their placement during the bioprinting process.

Fluicell’s CEO Victoire Viannay displayed her excitement about the publication in a recent press release:

»I am very happy and proud that we are publishing a research article in Scientific Reports, thus sharing important results generated with Biopixlar with the entire research world. Biopixlar is a pioneering technology that takes bioprinting one important step into the future, and we look forward with excitement to the response we will receive. I am also very proud of the extensive research work that our team has carried out together with our partners. The article is an important milestone in the establishment of Biopixlar on the market and a clear confirmation from the research world. The publication means that more people will discover Biopixlar, and we are convinced that it will increase the already great interest we see in the technology«

The research in question was done in collaboration with Cellectricon AB, a Contract Research Organization (CRO) based in Mölndal that specialises in accelerating early-stage drug discovery and research within CNS diseases, including neurodegeneration, neuroinflammation and chronic pain. Fluicell entered the agreement with Cellectricon in the spring of 2019 to access their expert knowledge in neurobiology in order to beta test Biopixlar in a particularly demanding setting.

The research breakthrough is welcome news for Fluicell because it is a validation of the company’s bioprinting technology within the field of neuroscience, meaning that research institutions could begin using Biopixlar to enhance their neuroscience research departments. This is indeed already happening at the University of Canterbury in New Zealand, where the first Biopixlar unit was installed just last week. Dr Yilei Zhang, a Principal investigator at the university, is combining advanced microfabrication and bioprinting to create, among other things, in vitro models of AD. Fluicell made the sale of this first unit earlier this year. Read more about the market impact of this partnership for Fluicell here.

By demonstrating the ability to print neurons, Fluicell takes an important step forward in the field of neuroscience, enabling researchers to use their bioprinting technique to develop methods and protocols towards printing human neurons for studying CNS disorders and injuries in biologically relevant models. This will likely have a significant impact on the field of neuroscience, and on drug discovery as a whole. The technique also has substantial potential for precision medicine applications, where patient cells could be printed directly to create individualized systems for treatment and diagnostics.