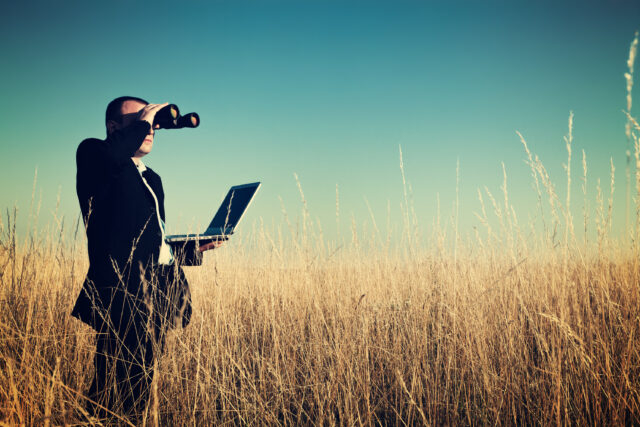 At the end of last week, Chordate Medical published their results for the first nine months of 2020. The report shows that the company’s sales and operations have been affected by the pandemic, but despite this, Chordate Medical has high confidence going forward. The company’s financial position has recently been strengthened by two successful capital raises. In addition, a CE mark is waiting around the corner which enables start of sales within a new indication with great potential – chronic migraine.

On November 20, Chordate Medical published its report with results for January-September 2020. The report shows lower sales of the company’s treatment for chronic nasal congestion compared to the same period last year, which does not come as a surprise given the pandemic. Despite the current situation Anders Weilandt, CEO of Chordate Medical, is confident of the future:

»Although the pandemic has caused obvious delays in marketing and sales, my assessment is that our business conditions remain unchanged once the effects of the pandemic have subsided. We have every reason to look to the future with confidence.« – Anders Weilandt, CEO Chordate Medical

The pandemic’s impact on sales

Net sales during January-September 2020 amounted to 537 013 SEK compared to 852 527 SEK during the corresponding period last year. According to Chordate Medical, a large part of the sales originates from the first quarter. After that, the sales decreased significantly due to the Covid-19 pandemic.

During the pandemic medical treatments other than Chordate Medical’s have probably been given priority, especially since chronic nasal congestion is not an acute medical condition. In addition, there is a possible increased risk of spreading the virus during the treatment since it is performed via the nasal cavities, which may induce sneezing.

When the pandemic has subsided, Chordate Medical wants to reach the sales level they had in the first quarter of 2020, i.e. just before the pandemic. If the company continues along these lines, Anders Weilandt expects that the company will eventually reach a break-even point where revenues and costs are equal.

»We see how our distributor in Italy continues to be productive in our most important and active market. The recently communicated news that our rhinitis treatment is covered by health insurance in Saudi Arabia is also a result of our distributors’ ongoing work« – Anders Weilandt, CEO Chordate Medical

The company expects that the compensation code for insurance payments in Saudi Arabia will provide leverage for increased sales in the future. Read more here. The goal is to achieve a reimbursement code in more countries so that patients’ insurance can cover the cost of treatment, which often means that the sales starts to pick up speed.

The interim report also shows that the cash flow from operating activities was -13.47 MSEK, which is an improvement compared with the previous year’s figures of -14.26 MSEK. This improvement is partly due to the fact that some costs on the study side have begun to decline.

The report also shows that the earnings after tax were -14.17 MSEK at the end of the third quarter, which is an improvement compared with the loss of 18.79 MSEK that Chordate Medical incurred during the same period last year.

At the beginning of the autumn, Chordate Medical completed a rights issue and a directed issue, which in total provided the company with approximately 30 MSEK before issue costs. This secured the company’s working capital for a period of at least 12 months ahead, which lead to NGM Nordic SME deciding to return Chordate Medical’s shares to the ordinary listing from the observation list.

According to the report, Chordate Medical’s total cash amounted to 9.5 MSEK as of September 30. However, the issue proceeds from the rights issue are not included since the issue volume was registered with the Swedish Companies Registration Office only after the end of the quarter, which means that Chordate Medical has received additional financing.

It is also worth noting that during the third quarter, Chordate Medical repaid their outstanding loans, which means that they were almost debt-free on the balance date.

Good faith in the future

One of the company’s plans for next year is to release their new control unit during the first quarter of 2021. The new control unit is both more efficient and cost-effective with a 50 per cent reduction in production costs compared to the previous model, which can lead to improved gross margins for Chordate Medical.

Chordate Medical also plans to complete its chronic migraine study during the first quarter of 2021. After this, study data will be analysed and then the results must be compiled into a scientific article. Chordate Medical can publish the study results when the article receives approval to be published in a scientific journal.

A positive study outcome would enable a CE marking with chronic migraine as an indication, which the company believes can happen in about a year. Only then can the sale of K.O.S as a treatment for chronic migraine start, which is expected to increase the revenue for the company, especially since there is a great need for a new treatment method that is both effective and without side effects.