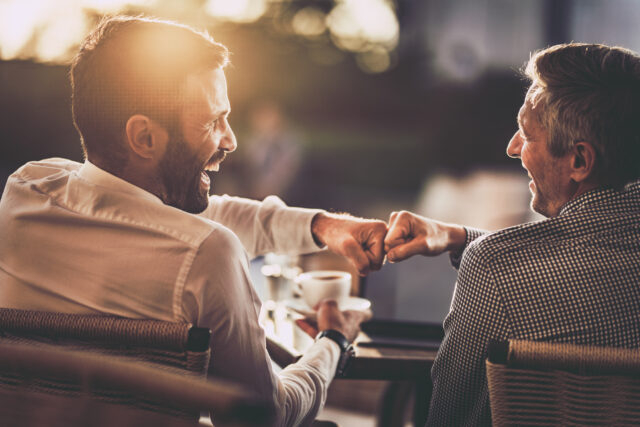 9 October, 2020
Chordate Medical has for some time been developing the next generation of the control unit used in the company’s treatment for chronic rhinitis (nasal congestion). The new version of the control unit is both more efficient and more cost-effective than the previous version, and it has now received an approval from Intertek, which means that the product meets the requirements for CE marking.Chordate Medical’s treatment method uses vibrations, so-called Kinetic Oscillation Stimulation (K.O.S.), to stimulate the nerves in the mucous membranes of the nose to get rid of chronic nasal congestion. The company is currently conducting a study to evaluate whether the treatment is able to treat chronic migraine as well.Chordate Medical has developed a new version of the control unit that is used during the K.O.S treatment to make it more efficient and to reduce manufacturing costs. The newly developed control unit has now been CE marked for treating rhinitis.

Anders Weilandt, CEO of Chordate Medical, comments on the news:

»It is very gratifying that this part of our technical development program has now been completed. I assume that we can start delivering units from our production during the first part of 2021. This CE mark pertains to the rhinitis indication. When it comes to the migraine, we must deliver clinical data from the ongoing study before it can become relevant within that indication. « – Anders Weilandt, CEO Chordate Medical

A 50 per cent reduction in production costs

Chordate Medical has had a development project with the goal of developing a more efficient control unit and reducing the manufacturing cost of the product to 50 per cent for a long time. The project’s goals have now been achieved and the new control unit is thus fully developed.

The new control unit delivers exactly the same treatment as the previous model. However, it has significantly reduced external dimensions and weight and can be produced at about half the cost. This will probably lead to a radical drop in costs and improved gross margins for Chordate Medical, which will be especially significant with increased sales volumes.

Wants to extend the CE marking

After a series of validation tests, the company has succeeded in showing that the new control unit meets the requirements of the EU directive 93/42 / EEC. They have thus been able to CE mark the control unit after approval from their notified body, Intertek.

As Weilandt describes, the CE marking so far only applies treating rhinitis, but the company’s ambition is to also be able to treat migraines with the same technology. However, the company must first deliver clinical data from its ongoing study before they can apply for CE marking with migraine as an indication. Chordate Medical expects to have included the last patient in the study at the end of 2020. The study activities, like most things in healthcare in Europe, are strongly influenced by the Covid-19 pandemic, which the company has clearly pointed out.

How is the control unit used?

During the treatment, which takes 20 minutes to complete, a catheter is connected to a control unit equipped with a touch screen. A balloon is mounted on the catheter, which is inserted into the patient’s nasal cavity and then inflated. With the aid of the control unit, a kinetic oscillation stimulation, i.e. a vibration, is started at a fixed frequency.

After about 10 minutes, the control unit shows that the treatment is completed for one nostril. Then the other nostril is treated in the same way. The full effect is achieved after about one day, and the treatment should be repeated one or two times a year so that the effect does not wear off.

In parallel with the development project for the control unit, the company has also further developed the disposable catheter used in the K.O.S treatment. The project was completed in February 2020 and led to a reduction in the transport volume and weight of the disposable catheter. The manufacturing cost was reduced to 50 per cent, just as they have now managed to do with the control unit.

With the greatly reduced manufacturing costs, Chordate Medical will be able to save a lot of production costs and thereby increase its profit. The new products are also more aesthetically pleasing, which should facilitate sales.

BioStock has contacted Chordate Medical’s CEO, Anders Weilandt, to find out more about the new version of the control unit and the development project’s impact on the company.

In what way is the new version of the control unit more efficient than the previous version?

– It is smaller and lighter, which makes handling and storage easier. At the same time, the user screen is simpler and completely based on symbols which makes the use easier and safer. Also, we do not have to do translation work into a number of languages when updating.

How much impact do you expect the reduced manufacturing costs to have on your earnings and how soon can we see its consequences in your financial reports?

– The most important difference will be that gross profit shares will increase significantly. However, it will take a long time before this takes effect in our financial reports, mostly depending on how quickly the new model will be introduced in the markets where we have sales.

You have received a CE marking for the control unit in accordance with the Directives for Medical Devices (MDD). How are you preparing for the shift to the new regulations (MDR)?

– Like all MedTech companies, we have prepared for the transition to MDR for a long time, both for our product registrations and for our quality management system. As always, this is a collaboration with our notified body, and there are quite long processing times in this type of work. However, we believe that we are well within our planned timeline for this.