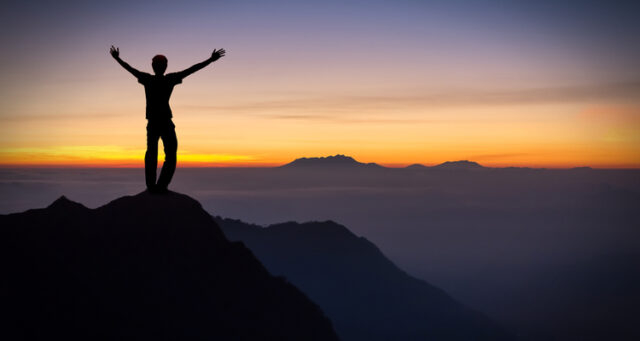 Single-cell technology is revolutionizing how diseases are studied and is thus considered one of the top innovations in the biomedical field in recent years. Fluicell, a biotech company located in Mölndal, has been leading in the field since 2012 when it came out with its first product, BioPen, a tool designed for single-cell manipulation. BioStock takes a closer look at why single-cell technologies play an essential role for the future of the healthcare sector.

The biomedical sector thrives on technological innovation that can help bring new and better solutions for everything from fundamental research to drug discovery and development. The demand for such technologies is continuously growing with an aging population and with many diseases and health disorders being incurable, and, in some cases, still untreatable.

One key innovation in recent years has been the capability to replicate and visualise single cells in their native microenvironment. Replicating these elements in a laboratory setting, enables researchers to investigate disease mechanisms and behaviour at the individual cell level, offering a whole level of understanding and new ways of developing more precise treatments.

Drug discovery in a nutshell

Developing new drugs for disease therapy requires years of research and testing in preclinical and clinical studies. To optimise the flow of these studies, identification of the disease processes early in the drug discovery process is crucial. What are the molecular mechanisms that are most affected within our cells during a disease? And how can we prevent these mechanisms from being manipulated by a pathogen or a cancer or any other disease-causing agent?

Many of these answers can be found by imitating a disease state in the most accurate way possible in the lab through in vitro and in vivo analysis with testing in cellular or animal models, respectively. Better understanding and analysis at these early stages, should result in a better translation to human studies for a more comprehensive analysis in the final target subject.

The rise of single-cell technology

Understanding how each cell responds is however just the first step. Cells normally exist in a complex orchestra with their surrounding environment, including other cells. Establishing tools to probe cells in this normal native environment should lead to several potential benefits in drug discovery and development; for example, it is a key aspect of testing potential new disease treatments in development, as it gives scientists a better overall view of the effects certain compounds would have in patients, and thus lowering the risk of failure in clinical trials.

Furthermore, in a report by the Global Innovation Index (GII) from 2019, the Director of the National Institutes of Health (NIH) Francis Collins listed single-cell analysis as one of the top 10 cutting-edge emerging technologies most likely to revolutionize healthcare over the next decade, identifying the coming need to innovate and establish technologies for the investigation of cell responses and behaviour in their normal native environment.

Fluicell are pioneers in single-cell field

Fluicell is a multidisciplinary biotech company that develops tools for single-cell life science research. The company was one of the first to set foot in the single-cell technology space when it was founded in 2012, and has since then grown its portfolio to contain three innovative products: BioPen, Dynaflow, and Biopixlar.

The concept that cells need to be studied at the individual level without being taken out of their natural environment is the foundation for Fluicell’s work. Retaining the environment and cell-to-cell communication, in as natural a state as possible, should better mimic the native cellular responses. From this concept, Fluicell created BioPen, a microfluidic device capable of delivering compounds, e.g., potential treatments, to a very small and specific sample of cells in order to study exactly how these cells might react. BioPen is the first device of its kind for the life science sector and is used globally by leading universities and life science laboratories. This makes Fluicell pioneers in the field of single-cell technology.

Fluicell’s CEO, Victoire Viannay, strongly believes in the potential of single-cell technology and she had this to say about why working with this technology is so important:

– The single-cell perspective is not only important for understanding biology from the ground up. It also has great potential in the construction of intricate tissues for regenerative medicine. Working on a single-cell levels also enables the use of scarce patient material providing a framework for precision medicine.

Read more about Fluicell and their microfluidic technology here.

In their latest company video, Victoire Viannay and Fluicell’s CTO Gavin Jeffries discuss the importance of Fluicell’s work and the company’s products are impacting both the pharmaceutical and the research industries. Watch the video here.

With this broad focus on single-cell technologies, Fluicell’s products have a vast application potential, which includes oncology, pharmaceutical R&D, and clinical drug development.

Victoire Viannay stresses that, while Fluicell may not be directly involved in treating or curing diseases, the company plays an important role in empowering researchers to improve human health by developing the tools needed for drug discovery and development. Not only that, but thanks to its early entrance in the field of single-cell analysis, Fluicell is considered a pioneer in the world of single-cell technology, and it will be exciting to follow the company’s innovative potential and its impact on the healthcare sector in the years to come.