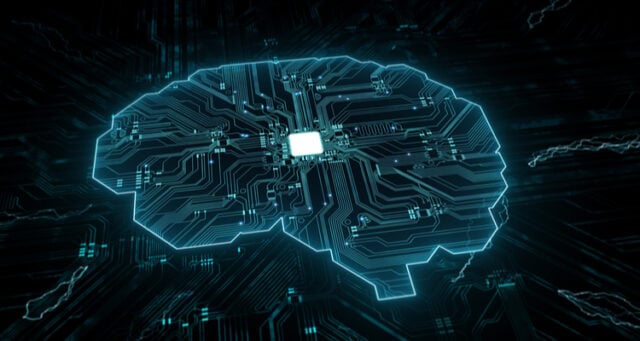 Elon Musk is at it again. Not with electric cars, or Mars-ready rockets, or flamethrowers; this time the tech-savy entrepreneur is showing off yet another futuristic invention: Neuralink – a chip for the brain that could potentially solve many neurological disorders. The device has recently received Breakthrough Device Designation from the FDA and is set to begin clinical trials soon.
If our bodies were computers, the brain would be our body’s CPU (Central Processing Unit). It controls every movement and decision we make and stimulates all the feelings and emotions we are capable of. The neural wiring in the brain is similar to that of a computer: tightly packed neurons capable of sending and receiving millions of electrical signals every second. Any brain or spine injury or neurological disease will greatly decrease the firing power of these neurons, thus negatively impacting specific bodily functions related to the affected part of the brain. 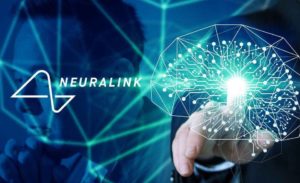 So, if our brain is like a CPU, what is stopping us from fixing it by implanting computer chips inside it able to stimulate and rewire the “broken” neurons? Apparently, this is the question that billionaire entrepreneur Elon Musk asked himself before starting Neuralink, one of a handful of companies founded by Musk based upon a futuristic vision typical of science fiction novels.
The neurotechnology company, which started in 2016, is developing implantable brain–machine interfaces (BMIs), including an implantable device constituting thousands of thin electrodes attached to a computer chip. The chip is inserted into a person’s skull and the electrodes are weaved carefully into the brain by a robot surgeon able to perform the procedure safely and with extreme accuracy.

Last week, Elon Musk himself unveiled the device in a live-streamed demonstration where a pig had the device implanted into its skull. During the demonstration, the audience was shown a visual representation of the chip recording the pig’s neural activity produced while using its snout. See the full demo here.
Once connected to the brain, the electrodes can send signals to the parts of the brain affected by a disease or injury to both record the neurons in the area and stimulate them to improve their electrical output. The concept, which could potentially treat several neurological disorders ranging from paralysis to memory loss, is currently being tested in animals, and human clinical trials in paraplegic patients are soon to come as Neuralink has received Breakthrough Device Designation from the FDA.


During the Q&A session of the demonstration, when asked about availability of the device, Musk was not able to give specifics on a price for the device once launched, only that it would be “quite expensive” at first, but that the price will rapidly drop to a few thousand USD, including the automated surgery.

Strong competition in the BMI space

The competitive landscape for Neuralink is sure to be active as several other players have entered the BMI space.Los Angeles-based Kernel is one of them. The BMI tech company is developing a non-invasive wearable device able to measure neural activity to help better understand and treat neurological diseases and eventually boost the brain’s cognitive power. In 2017, the company acquired MIT-spinout Kendall Research Systems to help accelerate the development of their neural interface systems.
Other companies, like Austin, Texas-based Paradromics, which is seeking to use BMI technology to help patients afflicted by paralysis or even blindness by creating high-volume data sharing between a human and machine, have benefitted from a US government funded research initiative called the Neural Engineering System Design (NESD) program. The initiative, which provided a total of 65 MUSD in new funding in 2017, is meant to help drive the development of neurotechnology able to mitigate the effects of injury and disease on the visual and auditory systems of military members.
As it is today, disorders of the central nervous system are difficult to treat with pharmaceutical drugs. Currently approved drugs act as a replacement for the signaling molecules – like dopamine or serotonin – in the brain that decrease as the neurons become impaired. However, such treatments only temporarily replenish the damaged electrical signals in the brain but do not fix the underlying condition. BMI tech initiatives like Neuralink’s, which aim to go directly at the source of the problem, are a promising way forward in the fast-evolving field of neurotherapy.