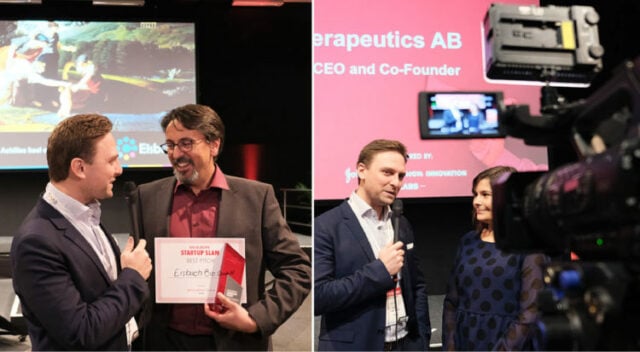 Besides the great panel discussions and partnering meetings organised by this year’s BIO-EUROPE, the conference also put on display a Startup Slam event where ten carefully selected companies from all across Europe were given a chance to pitch their work to judges and a partner-friendly audience. BioStock was there to  cover the Slam and talk to the winners of the competition voted by the judges, Eisbach Bio, and the Audience Choice award winners, Asgard Therapeutics.
This year’s Startup Slam event at BIO-EUROPE in Hamburg offered ten bio and medtech companies a chance to pitch their work and gain visibility among more than 4,300 life science executives from over 60 countries. We got a chance to speak with the winners of this year’s Slam, German Eisbach Bio, presented by co-founder Andreas Ladurner, who were awarded access to a top-tier mentoring program with industry experts from Johnson & Johnson Innovation, sponsors of the event.
We were also delighted to talk with the winners of the Audience Choice Award at the slam, Asgard Therapeutics, representing Sweden and presented by CEO Cristiana Pires. This award gives Asgard further PR recognition through press releases, media coverage and posts on social media.
Watch the full video interviews with Andreas Ladurner, co-founder of Eisbach, and Cristiana Pires, CEO of Asgard Therapeutics below. 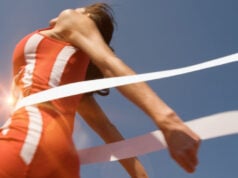