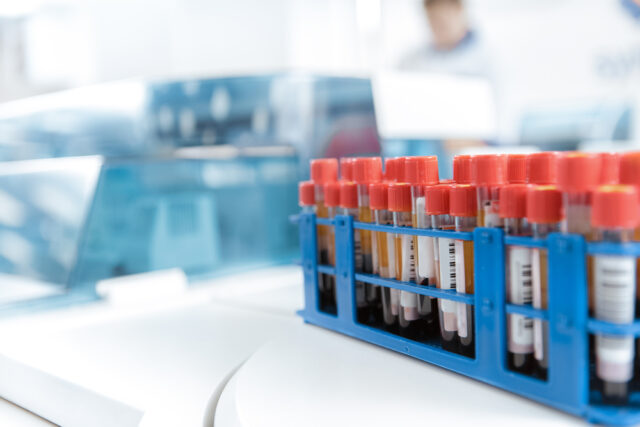 »The primary manifestation of the disease is the painful crisis – pain so significant that the patient may feel as if their arm or leg is being cut off. A patient with sickle cell disease may have four to seven of these crises per year and current therapy is limited to rest, hydration, oxygen and opioid drugs« – Ellen K. Donnelly, CEO of Modus Therapeutics


Ellen K. Donnelly, you took over as CEO of Modus Therapeutics in April 2017. Can you tell us a bit about your professional background and how your previous experiences can be of use in your work for Modus?
– Prior to joining Modus, I worked at Pfizer where I held leadership positions in a number of relevant areas, most recently as the Head of Clinical Operations for the Neuroscience and Pain Therapeutic Area. The experience I gained at Pfizer running studies has been instrumental here as we work with physicians and sites around the world to deliver our ongoing Phase II clinical study.
– Earlier in my career I worked at Leerink Partners, an investment bank, in their strategy consulting group, and have used many of the business learnings from that position in my work at Modus.
– Although much of my work is not in the research area at the moment, I think my PhD in Pharmacology has come in extremely useful in reviewing and evaluating earlier preclinical experiments done at Modus.
SCD is not a well-known disease. Can you briefly describe the disease, its causes and the number of sufferers?
– Sickle cell disease is a genetic disease where a single amino acid in the hemoglobin gene is altered, causing red blood cell sickling leading to anemia and vaso-occlusive crises (VOCs).

– The primary manifestation of the disease is the painful crisis – pain so significant that the patient may feel as if their arm or leg is being cut off. A patient with sickle cell disease may have four to seven of these crises per year and current therapy is limited to rest, hydration, oxygen and opioid drugs.
– SCD is quite rare in Europe (around 40,000 individuals) and the U.S. (approximately 100,000), but is not a rare disease in much of the world, with the prevalence approaching 40% of the population in some areas of the Middle East. And in Africa, where the gene originated, we believe there are over 5 million people with SCD.
You have an ongoing multicentre, randomised, double-blind, placebo-controlled Phase II study that will include approximately 150 individuals. Can you give us some guidance on when we might expect to see the results?
– The study is currently on track to enroll our last patient by the end of December. We expect the data to be available in the middle of 2019.

What, in your opinion, are the most important clinical data that you have presented so far?
– The Phase II data will be our first readout of efficacy in the sickle cell disease population and thus an important milestone for the company.
The trial is conducted in partnership with Ergomed and you are financed by one of Europe’s leading venture capital firms, HealthCap, amongst other owners.  Can you tell us a bit about these collaborations?
– We are fortunate to have a number of dedicated investors in Modus. HealthCap came in this summer with a round of 60 MSEK and the deep due diligence they did on the company both validated the work done at Modus and provided a strong indicator of the potential they see in sevuparin. HealthCap joined a group of committed investors that include Karolinska Development, Östersjöstiftelsen, Ergomed and Praktikerinvest PE AB.
– Ergomed’s investment has been as a co-development partner in the ongoing Phase II study.

»SCD patients desire something that they can dose at home so they can maintain a normal routine. Our subcutaneous formulation is intended to be used at home by the patient at the first sign of a painful crisis.«

You were recently informed that FDA has approved a Phase I trial for the subcutaneous administration of sevuparin. In the above-mentioned Phase II trial, sevuparin is administered intravenously by medical staff. Why do you want to conduct further studies with subcutaneous injections?
– When you speak with individuals with SCD they often comment on the extreme inconvenience of visiting the hospital when they have a painful crisis (the target of sevuparin) and the concern over the use of opioids in treating their pain. Once admitted to the hospital for the treatment of a painful crisis, the patient may stay in the hospital for 3 to 7 days, making it extremely difficult to care for their family and hold a job.
– SCD patients desire something that they can dose at home so they can maintain a normal routine. Our subcutaneous formulation is intended to be used at home by the patient at the first sign of a painful crisis. It is our hope that the early treatment of the painful crisis will both decrease the intensity of the pain and shorten the duration of the crisis. The Phase I study that we will start in January in the U.S. is the first step in testing our hypothesis.
What advantages would the possibility for self-administration have for the intended patient population?
– The subcutaneous formulation will allow the patient to avoid the hospital during a painful crisis. It should also decrease the pain and intensity felt during the crisis, and we hope that it will decrease the amount of opioids (morphine and others) that the patient needs to use.
When do you plan to commence the phase I-trial with subcutaneous sevuparin?
– The Phase I study is currently on track to start in the US in January 2019.
Can you tell us something about the medical need and commercial possibilities for a SCD-treatment that reduces the length of hospitalisation as well as the use of opioids for pain management and the opportunities to expand the use of sevuparin outside of the hospital?
– As discussed above, the unmet medical need here is significant as the only option to treat the pain currently are the addictive class of drugs called opioids. We believe that the commercial opportunity for a drug that reduces hospital stays – either through use of the IV in the hospital setting or through the use of the subcutaneous version at home – will be significant.
– Singh, Jordan and Hanlon (Blood, 2014) estimate that there are over 110,000 hospitalizations for sickle cell related illness each year, costing over $450M annually in the U.S. alone. Given that the majority of this population is outside the US, this is a considerable impact on the healthcare system that will be recognized with the IV treatment alone. When you consider the use of a subcutaneous product that can be used by the patient at home with the first onset of the painful crisis, the market becomes even more significant.
Karolinska Development owns 52 percent of Modus through KDev Investments following a full dilution of shares. How do major shareholders like Karolinska Development contribute to your work?
– The shareholders of Modus Therapeutics play an important role in shaping the strategy and direction of the company. A few of our shareholders, Viktor Drvota, Torsten Goesch, Mårten Steen, Mats Wahlgren are members of the Board of Directors and meet with the Modus management team regularly to review progress and contribute to the direction of the company. Our other shareholders are consulted on an ad hoc basis as well as during our annual and extra general meetings and have a chance to contribute on those occasions.
On average the chance of positive Phase II data in SCD projects is 50 percent. Yet, no truly promising treatment has emerged. The reasonable conclusion is thus candidates often falter just before approval. What do you think is the reason for that?
– The pathophysiology of sickle cell disease is quite complex and involves a cascade of events that will likely not be stopped by a therapy that only targets one protein or one specific part of the cascade.

»We believe sevuparin will be different from earlier candidates in a number of ways. […] It is for these reasons (broad mechanism of action, efficacy with a similar compound, safety seen with our compound) we believe sevuparin may be effective and safe in SCD patients experiencing a painful crisis.«

Given the above statistics, what indicates that you will be able to reach the market?
– We believe sevuparin will be different from earlier candidates in a number of ways. First, sevuparin is a derivative of a compound, heparin, that exists in our body where it is the chief regulator of blood flow. Heparin regulates blood flow by acting on many components of the blood but it is also an anti-coagulant and can cause excessive bleeding if used at too high a concentration or in the wrong patients. Sevuparin has been engineered to maintain the efficacy of heparin while removing the bleeding concern and thus has a similarly broad mechanism of action with both anti-adhesive and anti-inflammatory effects.
– Also important in de-risking our program is some previous clinical data with a related heparin compound. In a previous large, placebo-controlled clinical study with an unmodified heparin drug, tinzaparin, there was a clear, statistically significant benefit seen in patients with painful crisis in SCD, but the drug still has the unfortunate bleeding concern. It is for these reasons (broad mechanism of action, efficacy with a similar compound, safety seen with our compound) we believe sevuparin may be effective and safe in SCD patients experiencing a painful crisis.
How do you view the possibility to broaden the indication to include other microvascular diseases, given that sevuparin continues to show good results?
– We think that sevuparin will have utility in a number of disorders where the use of heparin or heparin-like compounds is prohibited due to the risk of bleeding.
Finally, which milestones do Modus Therapeutics expect to reach during next year?
– 2019 is expected to be a big year for Modus as we expect to report our Phase II clinical results in the middle of the year and our Phase I clinical results shortly thereafter. If the results are positive we expect to meet with regulatory authorities later in the year in preparation for a Phase III start in 2020.
Innehållet i Biostocks nyheter och analyser är oberoende men Biostocks verksamhet är i viss mån finansierad av bolag i branschen. Detta inlägg avser ett bolag som BioStock erhållit finansiering från. [et_bloom_inline optin_id=”optin_4″]